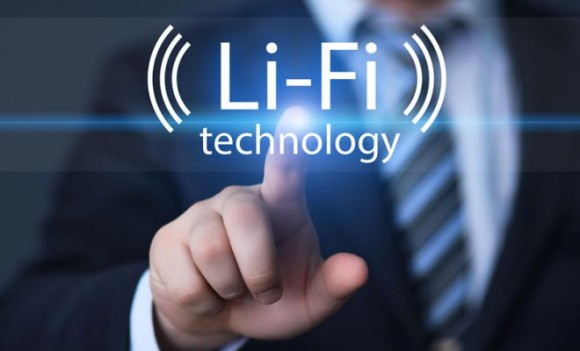 We know what Wi-Fi is…the technology without which the current way of digital communication is not possible.

There’s a new concept discovered by Prof. Harald Haas i.e. data that can be transmitted through light waves.The concept of light which is used to transmit internet data is coined “Li-Fi”.

Before going to Li-Fi,here’s some information on Wi-Fi:

Without Wi-Fi,current way of mobile life would be different.Wi-Fi currently makes upto 60% of global internet traffic.Wi-Fi has undoubtedly revolutionized the way of communication.Wi-Fi signals are Radio waves that transmit from an access point.

Most common device used for Wi-Fi broadcasting are “Wireless Routers”.

network. It does not require a wired link, as the connection is made wirelessly, via radio waves.’

Routers with different bandwidth such as 1.5 GHz, 2.5 GHz antennas provide much more coverage (range) and bandwidth.

1. All the devices connected to access point do not receive the same bandwidth.It is sketchy at times due to varying signal.

2. It is not totally secure as the access point’s signal can travel through walls and can be easily picked up by strangers

As the name goes Li-Fi transmits signals through light waves.Light is perfect because it is a part of electromagnetic spectrum just like radio waves but at much higher frequency.Also light waves cycle much faster than radio waves.

Prof. Harald Haas,Chair of Mobile Communications at University of Edinburgh is the inventor of Li-Fi and co-founder of pureLiFi. 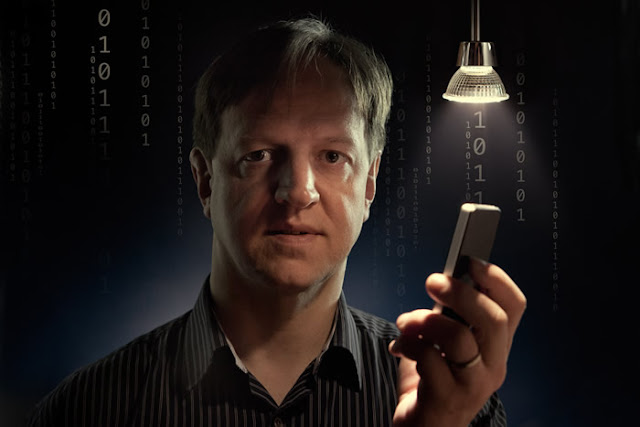 Light’s frequency range is 10,000 times than radio waves going upto 790 THz which is maximum of 300 GHz for radio waves.High frequency equal’s high data rate.Light also has the capacity to transmit vastly more pulses of data in much less time than radio waves.

How does Li-Fi work ?

Visible light is easier to focus in one area, which makes it possible to put a lot of data in Li-Fi signal. Li-Fi uses inexpensive LED bulbs that can be switched On-Off very quickly. (Light ON and OFF is binary code).So quickly that a human eye cannot detect it.The flickering contains 1’s and 0’s that is signalled to the receiver.

Special receivers (such as photo diode), connected to computer can translate this flickering into actual data.Light waves are also less susceptible to interference than radio waves.

Does it work in  real life ?

Yes !
Researchers have reached speed up to 10 Gbps in lab conditions.Researchers at Oxford University achieved much higher speeds of 224 Gbps which is 200 times faster than Google’s fiber connection.
It has been deployed in commercial products and is working successfully.

We would be seeing very cheap and light-powered internet everywhere in future.This technology will easily lead Internet Of Things (IoT) becoming a reality, a platform where every device will communicate with each other.

If Li-Fi becomes widely available,it would be a turning point in the technological revolution where internet and transfer of information will no longer be an obstacle for an average user.

Hyperpolyglot – A Great Tool for Programmers