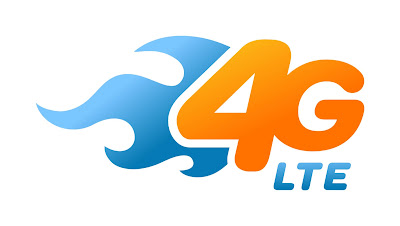 One of the biggest Finnish Internet Service Providers(ISP) claims to have achieve a world record for 4G network with speeds of 1.9 Gigabit-per-second(Gbps) data download speed with the help of Huawei Technology.This is a great experiment as in the future,high-speed internet would be required for purposes such as growing use of Virtual Reality(VR) applications.

Elisa is a telecommunication,ICT and online service company serving 2.3 million customers and employs 4100 people.It’s one of the biggest names in telecommunication world. Elisa’s Press Release.

Currently,Sweden and the United Kingdom have been crowned as the top countries across the world when it comes to fastest mobile 3G and 4G speeds (i.e. 20-22Mbps), but now Finland is also working hard to give them a tough competition.

4G and 5G Technology : The Future Of Mobile Networks

Last year,In February,a team of researchers from University of Surrey managed to achieve a record breaking speed of 1 Terabit-per-second(1Tbps) during a test of 5G wireless data connections,which is 500 times faster than Elisa’s 4G speed.

The International Union(ITU) decided lasy year that 5G compliant Internet Providers will have to provide a standard data speed of upto 20Gbps,which is still 10 times than Elisa’s 4G speed.

Also with the introduction of new technologies such as Li-Fi which conventionally has more transmitting speeds more than a Wi-Fi can,in future not so far we could see high speed internet speed such as 1Gbps,becoming common part in day-to-day life.

However,Elisa is not only the first telecom company planning to offer at least 1Gbps on 4G network within the next two or three years.Vodafone Germany has also prepared to provide 1Gbps on its 4G network by the end of 2016.

Now the question is : Do we really need Ultra-High-Speed Internet?

Many people might be wondering that why a mobile user needs such high-speed internet connection.

Well,if higher speeds have the potential for a more engaged world woth faster flow of information,then nothing’s wrong in it.Such speeds will be a major advantage for Virtual Reality(VR) and Augmented Reality(AR) and will also push mobile video market and video streaming applications to a whole new level.It also facilitates the streaming of larger packets of data like “4K Video Stream,Live HD channels and so on.”

Moreover in today’s world of portability,mobile customers make use of their internet data tethered to their laptops to browse the internet,hence improving the internet experience.

Freedom 251, The 4$ Smartphone : Should you buy it ?
Hyperpolyglot – A Great Tool for Programmers

Google Play is Offering all movie rentals under $1 on Thanksgiving !!