Cloudflare recently announced its privacy focus DNS service 1.1.1.1 in April this year. It is a Public DNS resolver. The job of the DNS service is to convert the domain name such as ‘google.com’ to it’s IP address eg: “11.45.34.56” to connect to their servers.

Cloudflare is the fastest DNS service out there it’s even faster than Google DNS service! Their aim is to make the web a safer place without compromising on speed. 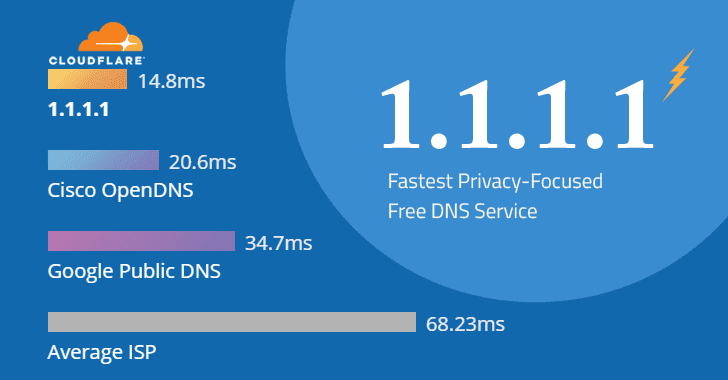 Cloudflare has launched an Android application for the same. The app is easy to use and has one toggle button to on/off the DNS service. The service can also be used without the the need of an app earlier, but having a dedicated app makes it hell easier to configure and use the service.

The 1.1.1.1 app could be downloaded from Google Play Store and Apple App Store.

Unlike other DNS which collects user data, Cloudflare’s DNS is more secure because it does not collect any users data. All logs generated are used for debugging purposes and are deleted after 24 hours. It also provides some additional security features such as Query Name Minimisation which eliminates privacy leakage by sending minimal query names to DNS service.

Besides safe browsing, the page load speed is also more because of Cloudflare’s 1000+ servers all around the world.

When data is tunneled through 1.1.1.1, it becomes hard for the ISP to track the websites you visit. For those who are concerned about tracking of their internet footprints, Cloudflare’s DNS service could be a great choice for them.